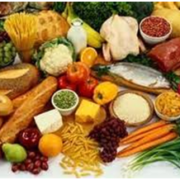 This research aims to define strategies and tools to improve the habits, knowledge and confidence of citizens towards Food Security. Dra. Alicia Coduras of Opinometre presented the main results and conclusions of the Food Safety Barometer by Opinometre October 2015.

Catalan Food Safety Agency (ACSA) started in 2008 a sociological project to learn habits and perceptions of citizens on food security. This study is an investigation that aims to collect qualitative and quantitative data using the survey technique. Aims to increase the experience in this field and follow its evolution for this reason, surveys have been conducted in several waves, most recently in October 2015. The analysis of data collected allow drawing conclusions and think about strategies for improvement citizenship in this matter.

After two years of waiting, the General Department of Food Safety has again made the Barometer Food Safety in Catalonia, a study initiated in 2011 and has as main objectives: to estimate the levels of knowledge and perception of risk associated with security Catalan food among consumers and in turn, determine the level of confidence about different products, marketing channels and actions of administrations.

The perception of risk of intake of foods that may harm health is moderate and stable des of 2012. Approximately 28% of the population thinks it has a high or very high probability of having an incident of this kind.

56.3% of the population believes that finding pesticide residues in fruits and vegetables is the most common dietary risk.

Concern about food risks from chemical contamination is intense among the Catalans as 75.2% are very or fairly concerned about this issue.

86.6% of the Catalan population believes that not washing hands is the worst practice before handling food.

More than half of the Catalan population (60.3%) states correctly that the proper temperature of the fridge is between 3 and 5 degrees. In addition, 58.4% of the populations check the temperature of your refrigerator and freezer regularly.

The smell (83.2%) is the main factor in determining that a food is no longer in good condition.

The barometer results indicate that only 3.5% of the Catalan population has suffered from food poisoning in the last 12 months, a figure that improvement over estimated in 2012.

The barometer summarizes the information obtained in the different sections that make up the index by two called: Confidence Index on food security and household insurance index. Notes both are moderately good: 6, 65 and 6, 15 points out of 10 and have increased between 2012 and 2015, 5.05% and 3.89% respectively.

The Catalan population shows moderately optimistic levels of confidence in food safety and in the actions of the Catalan administration in this area, leading to a high percentage of implementation of good practices developing safe homes in this section.

Survey of service quality and satisfaction of users of the public health sy...
Scroll to top

We use cookies to ensure that we give the best user experience on our website. If you continue to use this site, we will assume that you agree.