With more than 24,000 annual surveys to the Spanish population aged 18-64, the Opinometre Institute is the provider that contributes and performs the largest fieldwork at the international level to the GEM observatory on entrepreneurship

Designed to estimate the entrepreneurial activity in the populations of the participating countries and their main characteristics, the results of the observatory are based on estimates obtained from representative samples of the target populations that have a minimum size of 2,000 cases per country

Spain participates since 2000 in the project and, the Opinometre Institute won the adjudication contest as field supplier for the Spanish team in 2001, evaluated and assigned by GERA, the administrative institution representative of GEM at London Business School

As of 2003, the project grew until the implementation of a research team in each Autonomous Community. The sample grew in parallel and, since 2006, ranges between 23,000 and 30,000 surveys per year for the entire Spanish territory, constituting the largest contribution of data made by a country within the project (between 12 and 15% of the world total depending on the year)

Currently, GEM Spain is represented by the Spanish Network of Regional Teams GEM, constituted by researchers from 19 universities and led by the UCEIF-CISE Foundation. GEM has created more than 100 teams around the world and, today, has a regular annual participation of 55 to 60 countries

The main contributions of the GEM observatory

The most visible indicator of the observatory is the TEA or total entrepreneurial activity rate, which represents the proportion of individuals aged 18-64 of a population involved in an activity that is operational in the market a maximum of 3.5 years

The monitor classifies entrepreneurial activity in different typologies such as, for example, by opportunity and necessity, with or without an innovative component, by degree of competitiveness, use of new technologies, export intensity and many other characteristics such as sector, size, number of owners and others

Another important section offered by GEM is the estimation and analysis of the presence of basic entrepreneurial values in the population and, also, the social perception towards entrepreneurship. The monitoring of these indicators over the years allows us to evaluate the entrepreneurial potential of the populations and their pace of evolution towards a proactive mentality such as the one demanded by the current economic scenario and the change from the industrial to the digital era

GEM complements all of the above with the estimation of the proportion of adults who act as informal investors in the population, an aspect not studied by any other source of international information, and also carries out a survey of a representative selection of experts in various conditions of environment (such as, for example, financing, government policies, commercial and physical infrastructures and others), which makes it possible to obtain a diagnosis of the state of the context to undertake, highlighting its strengths and weaknesses 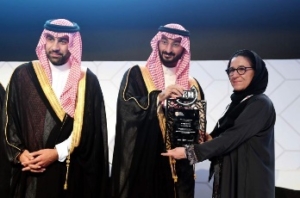 The Opinometre Institute has worked in the last 20 years helping to build this powerful information and analysis tool, not only acting as a supplier of GEM Spain, but also carrying out pilot tests on demand from GEM Global, suggesting new ideas and ways to manage the data, acting as a team consultant (such as for the United Arab Emirates team) and, since 2016, coordinating and leading the realization of the Saudi Arabian GEM report sponsored by Babson Global and based at the MBSC in Jeddah

The Opinometre Institute is currently the Spanish company that has brought together more direct knowledge related to the collection and analysis of data in the field of entrepreneurship, being qualified as a company capable of offering various types of services related to this area such as, for example:

Want to talk?
Scroll to top

We use cookies to ensure that we give the best user experience on our website. If you continue to use this site, we will assume that you agree.

We may request cookies to be set on your device. We use cookies to let us know when you visit our websites, how you interact with us, to enrich your user experience, and to customize your relationship with our website.

Click on the different category headings to find out more. You can also change some of your preferences. Note that blocking some types of cookies may impact your experience on our websites and the services we are able to offer.

These cookies are strictly necessary to provide you with services available through our website and to use some of its features.

Because these cookies are strictly necessary to deliver the website, refusing them will have impact how our site functions. You always can block or delete cookies by changing your browser settings and force blocking all cookies on this website. But this will always prompt you to accept/refuse cookies when revisiting our site.

We fully respect if you want to refuse cookies but to avoid asking you again and again kindly allow us to store a cookie for that. You are free to opt out any time or opt in for other cookies to get a better experience. If you refuse cookies we will remove all set cookies in our domain.

We provide you with a list of stored cookies on your computer in our domain so you can check what we stored. Due to security reasons we are not able to show or modify cookies from other domains. You can check these in your browser security settings.

These cookies collect information that is used either in aggregate form to help us understand how our website is being used or how effective our marketing campaigns are, or to help us customize our website and application for you in order to enhance your experience.

If you do not want that we track your visit to our site you can disable tracking in your browser here:

We also use different external services like Google Webfonts, Google Maps, and external Video providers. Since these providers may collect personal data like your IP address we allow you to block them here. Please be aware that this might heavily reduce the functionality and appearance of our site. Changes will take effect once you reload the page.

The following cookies are also needed - You can choose if you want to allow them: